Weirdly vendor-specific and coarse at the same time. Will other sites follow this directive, which could mean something like “don’t repost images referenced in this page”, which does differ a bit from:

Not to mention actually using the Robots Exclusion Protocol, and perish the thought, POWDER, or even annotating individual images with microdata/formats/RDFa.

Then there’s the Spam Pinterest Spam Protocol, I mean “pin this” button. I have not been following web actions/activities/intents development beyond the headlines, but please rid us of the so-called NASCAR effect.

As far as I can tell Pinterest relies on no public license, and thus complies with no public license condition (ie license notice and attribution). As it probably should not, given its strategy appears to be relying on safe harbors and making it possible for those who want to make an effort to opt-out entirely to do so: public licenses are superfluous. Obviously Pinterest could have taken a very different strategy, and relied on public copyright licenses and public domain materials — at a very high cost: pintereters(?) would need to know about copyright, which is hugely less fun than pinning(?) whatever looks cool.

Each of these (exclusion, inclusion, copyright mitigation strategy) are fine examples of simple-ugly-but-works vs. general-elegant-but-but-but…

I’m generally a fan of general-elegant-but-but-but, but let’s see what’s good and hopeful about reality: 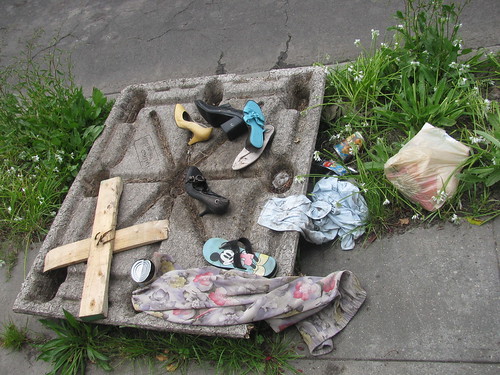