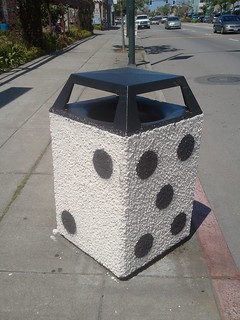 8 years ago August the blog-haystack was filled with turds (a broken haystack?) that we want to toss out at the very first opportunity.

Sturgeon’s Architecture buys the assumption that modern buildings are relatively ugly and spins a theory as to why what remains from this time period will be considered beautiful in the future (the ugly will be culled). Why buy the first assumption? Modern buildings are marvels and we should appreciate them at the height of their beauty, right now, for buildings of the future will be far more beautiful.

I Hate Nationalism oh really? The 2004 me could express agreement with someone else who had expressed agreement with someone else who expressed an opinion on the Internet and call it profound. How trite. Expanding concepts of “us” is a thing of popular culture since the 1960s and surely for centuries and perhaps millennia prior; I am merely ignorant of the specifics. How trite!

A pin maybe found in a haystack and spreading rumors about things I don’t understand marks me as a foolish charlatan. Play traders seemed to briefly put the probability of the rumor at 50%, but were quickly disillusioned. Similarly in early 2007 and almost no appetite for guessing lately.

At a Seybold DRM Roundtable I argued that DRM and rights description are opposites. But in effect, they’re very similar: fantasies. My guess is the “tech law” enthusiasts providing some of the narrative for each would be providing spin for the other’s vapor if they had gotten up on a different side of bed on some day.