“We’ve found that lots of messages from googlegroups.com are spam” 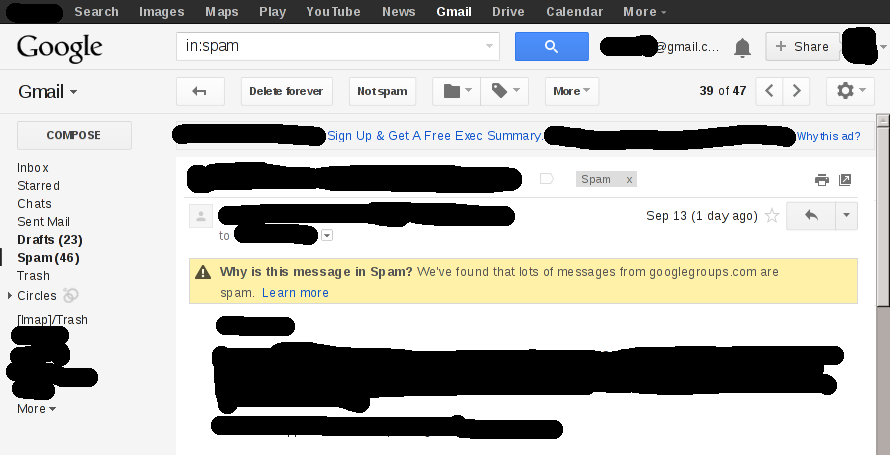 Take this as an indication that running a large mailing list hosting service, and keeping it relatively free of spam, is very hard. Google Groups is unlikely to be shut down anytime soon, but maybe all messages and groups will be migrated to Google+ posts and communities, respectively. Lots of people would hate that, but Google controls the identifiers (this is probably most immediately pertinent), transitioning ownership or stewardship of services is hard, and the software isn’t free (but, at least non-software copyright may not be much of a practical obstacle; has anyone ever been threatened or actually prevented from mirroring mailing list archives?). The world would move on.

Two other amusing but less indicative of anything about the service screenshots of Gmail, from 2009. 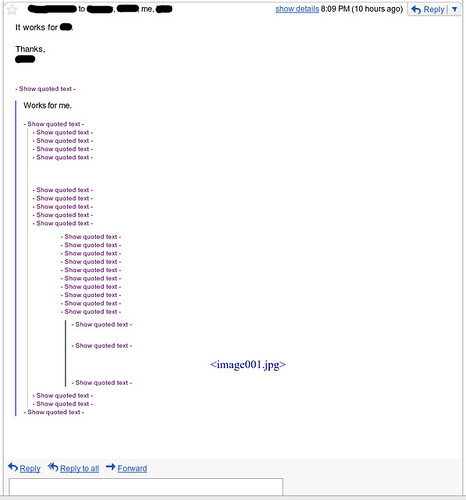 If you want FLOSS alternatives to GMail and Google Groups, commercial ones include MyKolab and OnlineGroups respectively. Both are expensive; a post explaining why MyKolab is. If you’re politically aligned, Riseup provides mail and lists (their NSA statement; I’m surprised I haven’t seen the string alternastructure until now). Mailman 3⸮ And if you want everything to move to social-networky-but-free platforms, not much has changed since 3 months ago.