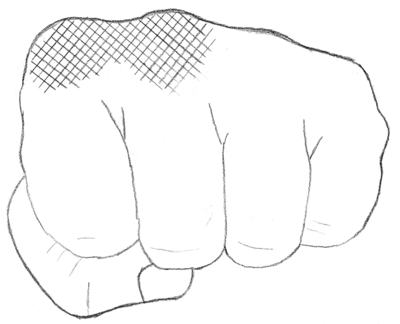 Seiken by Kurmis / CC BY

The utterer of “business model” has attempted to raise their status with a superfluous word and has only confused whatever the issue at hand. The utterer is probably among the confused. The listener obtains only entropy and lower relative status. A punch serves to equalize the situation.

In inappropriate conveyance of status, “business model” bears likeness to beginning a statement with “So, ”:

Starting a sentence with “so” uses the whiff of logic to relay authority.

Developing the right product is hard. But what is harder is building a good business model.

However, this and other uses throughout the article only demonstrate the superfluousness of “model”.

*metaphorically
†with scare quotes, or snarky tone, is ok; beware of inadvertent homage