Without intervention, technology will probably lead to an untenable disparity—so we probably need some amount of intervention. Technology also increases the total wealth in a way that mostly benefits everyone, but at some point the disparity just feels so unfair it doesn’t matter.
…
This widening wealth divide is happening at all levels—people, companies, and countries. And either it will keep going, or innovation will stop.

Such an intervention won’t stop innovation, but might change it, and we should want that. Beautiful progress is that which is produced by a freedom and equality respecting regime. We ought be suspicious and ashamed of progress which depends on infringing freedom and promoting inequality. If mass spectacle ends when the regime falls, all the better. We’ll love whatever culture we have and create, will be amazed by its innovation, in part encouraged through non-enclosing innovation policy.

If innovation-driven inequality is a big problem, we ought be more highly valuing (including figuring out how to characterize that value) and promoting existing systems which depend on and promote freedom and equality, i.e., commons-based ones such as free/open source software and the Wikimedia movement (and recursively working on equality and diversity within those systems).

Innovation could tend to increase inequality independent of wealth concentrating, property/rent-seeking based innovation policies and other political factors. If this is the case (or honestly even if it is not), I’m always disappointed that progressivity of tax systems isn’t central to the debate — and I don’t mean marginal income tax rates. Basically property > income > sales. Further, property property can’t be moved and taxing it doesn’t require extensive privacy invasions. In theory I’d expect the strongest states and most free and equal societies of the future to strongly prefer real property taxation over other systems. But perhaps path dependencies and other factors will swamp this (and innovation policy as well).

EFF coordinated a six day copyright week, with suggested readings and actions in support of six principles, below with readings + actions count:

I couldn’t help but notice that the public domain “wins” by the metric of total readings + actions, perhaps indicative of relative enthusiasm and evaluation of importance by the communities EFF reaches. Good.

The latent “loser” though is the role of commons initiatives in changing the knowledge economy, thus the range of policies which can be imagined, and the resources available to support various policies. Some initiatives are mentioned, but almost exclusively as victims of costs imposed by bad policy. Daniel Mietchen’s Wikimedia and Open Access might be the reading closest to what I’d like to see a whole day dedicated to (on the seventh day of copyright week, commoners made their own freedom). Though starting with copyright-imposed costs to the project, Mietchen proceeds to describe collaboration among Wikimedians and the Open Access movement, and ends with (implied) competition:

wider exposure of Open Access materials through Wikimedia platforms may perhaps serve as an incentive for researchers to reconsider whether putting their articles behind access and reuse barriers is an appropriate approach to publishing them.

Related, because it is the domain of the most robust commons initiatives, it is too bad software was not the primary topic of several copyright week readings and actions. But even ignoring the seventh day angle, it is incredibly short-sighted to treat software as a separate category, whether for purposes of study or policy (e.g., copyright). All of the traditional subjects of copyright are now largely made with and mediated by software, but that’s just the beginning. Soon enough, they’ll all be software, or be obsolete. (In hindsight I should have noticed copyright week approaching, and urged various free/open source software initiatives to participate, and explain their policy relevance and potency.)

Back to cheering, I highly recommend at least skimming a few of the readings in each category, linked on the EFF copyright week page. Unless you follow knowledge policy writ large really closely, you’re almost certain to learn something new about policy battles that will play a large role in shaping the future of society. 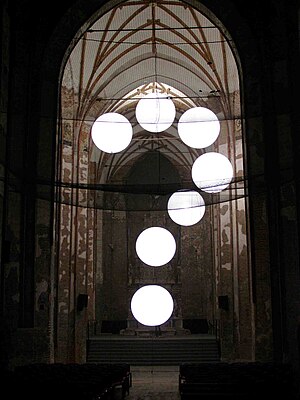 As promised, my first annual thematic doubt post, expressing doubts I have about themes I blogged about during 2013.

If this blog were to have a main purpose other than serving as a despository for my tangents, it’d be protecting and promoting intellectual freedom, in particular through the mechanisms of free/open/knowledge commons movements, and in reframing information and innovation policy with freedom and equality outcomes as top. Some representative posts: Economics and the Commons Conference [knowledge stream] report, Flow ∨ incentive 2013 anthology winner, z3R01P. I’m also fond of pointing out where these issues surface in unusual places and surfacing them where they are latent.

I’m fairly convinced on this theme: regimes infringing on intellectual freedom are individual and collective mind-rot, and “merely” accentuate the tendencies toward inequality and control of whatever systems they are embedded in. Mitigating, militating against, outcompeting, and abolishing such regimes are trivially for the good, low risk, and non-revolutionary. But sure, I have doubts:

I’m not, but can easily imagine being won over by these doubts. Each merits engagement, which could result in much stronger arguments for intellectual freedom, especially knowledge commons.

Doubts about the cheering part are implied in the previous section. I’ll focus on the criticism here, but cheering is the larger component, and real: of entities criticized in the above links, in 2013 I donated money to at least EFF, FSF, and Internet Archive, and uncritically promoted all of them at various points. The criticism part amounts to:

To be clear, my criticism is not usually a call for more “radical” or “extreme” steps or messages, rather more fulsome and coordinated ones. Admittedly, sometimes it may be hard to tell the difference — and this leads to my doubts:

The first doubt is surely merited, at least for many entities on many issues. For any criticism I have in this space, it makes sense to give the criticized the benefit of the doubt; they know their constraints pretty well, while I’m just making abstract speculations. Still, I think it’s worthwhile to call for more fulsome and coordinated strategy in the interstices of these movements, e.g., conversation and even this blog, in the hope of long-term learning, played out over years in existing entities and movements, and new ones. I will try henceforth to do so more often in a “big picture” way, or through example, and less often through criticism of specific choices made by specific entities — in retrospect the stream of the latter on this blog over the last year has been tedious.

For example: Abolish Foreignness, Do we have any scrap of evidence that [the Chinese Exclusion Act] made us better off?, and Opposing “illegal” immigration is xenophobic, or more bluntly, advocating for apartheid “because it’s the law”. I hinted at a subtheme about the role of cities, to be filled out later.

The system is grossly unjust and ought be abolished, about that I have no doubt. Existing institutions and arrangements must adapt. But, two doubts about my approach:

As with the intellectual freedom theme, these doubts merit engagement, and such will strengthen the case for freedom. But even moreso than in the case of intellectual freedom infringing regimes, the unconscionable and murderous injustice of the international apartheid regime must be condemned from the rooftops. It is sickening and unproductive to allow discourse on this topic to proceed as if the regime is anything but an abomination, however unfeasible its destruction may seem in the short term.

Although much of what I write here can be deemed political, one political theme not subsumed by others is inadequate self-regulation of the government “market”, e.g., What to do about democratically elected terrorist regimes, Suppose they gave a war on terror and a few exposed it as terror, and Why does the U.S. federal government permit negative sum competition among U.S. states and localities?

The main problem with this theme is omission rather than doubt — no solutions proposed. Had I done so, I’d have plenty to doubt.

I fell behind, doing refuting only posts from first and second quarters of 2005. My doubt about this enjoyable exercise is that it is too contrived. Many of the refutations are flippant and don’t reflect any real doubts or knowledge gained in the last 8 years. That doubt is what led me to the exercise of this post. How did I do?

Clubbing out of the vicious circle of bad policy (patents)

Glyn Moody in Defensive Patent Licence: Nice Idea; Not Much Use:

The rest of Linksvayer’s thoughtful post explores these ideas and their background, and in particular looks at how they fit with other aspects of free software.

It’s well worth reading, even if the DPL itself is likely to have relatively little impact. That’s because it only applies to those who join the DPL club, which creates a typical vicious circle: few entities in the club to start with mean that few patents are made available on an royalty-free basis, and so there’s little incentive for more entities to join.

The vicious cycle can be overcome. Joining the club is very low barrier: gratis, and an entity doesn’t even have to hold any patents. Royalty-free patents from club members is only part of the reason for joining. Another is expression — taking advantage of the patent skepticism of many people, and exploiting for ethical branding and recruitment. These patent pool and expressive incentives could be mutually re-enforcing: the more entities join, the larger the pool, and the stronger the expectation that non-evil entities join.

Whether the vicious cycle will be overcome comes down to sales. The DPL people have put in place a lot of groundwork that will help — seemingly a large amount of work by credible people into making the DPL a robust legal instrument, a credible group of people as advisors (and presumably an impressive board when it reaches that stage), presumably some amount of funding. This combination of gravitas and resources would make it possible for a tireless campaigner (the pre-conditions do remind me of Creative Commons, whose tireless campaigner was Lawrence Lessig) or sales team befitting the target market to succeed in getting lots of entities to join the club.

One indicator after the DPL’s public launch next month will be whether the next columns and stories by journalists continue to focus on the barrier of lack of network effects, or on celebrating early joiners and urging other entities to follow as an urgent matter of public policy or industry best practice. This will be an indicator in large part because the DPL people’s efforts right now can shape these stories.

Still, it’s nice to see people thinking innovatively in this space as we work towards the ultimate goal of full abolition of software patents everywhere.

Indeed, though the DPL applies to all patents, and all patents everywhere should be fully abolished, as I’m pretty sure Moody agrees (but probably not the DPL people; that’s OK, they made a useful tool).

You can attend the DPL launch conference in Berkeley: February 28November 7, 2014, gratis registration. Your organization should join the club, now!

Video of the DPL birthday is up on the Internet Archive.

Echoing the 2011 entry, I recently urged all to upgrade to CC0 (a public domain dedication and license). Also, January 1 is a good date to reiterate:

Unless stated otherwise, everything by me, Mike Linksvayer, published anywhere, is hereby placed in the public domain.

Join me. More importantly, unless you’re prodigious, demand that at the very least all government material go directly into the public domain.

The bottom part of the image is from The Gnoo (1804) by Samuel Daniell (1775-1811). The top is from an illustration (1883) by Louis-Maurice Boutet de Monvel (1851-1913). Latter selected because it is newly unambiguously in the public domain worldwide, including Mexico, which has life + 100 years of restriction. It would not be shocking to see this term ratchet worldwide in the next years.