Social mobilization for the Internet post-epochals grew up with

Puneet Kishor has organized a book talk tomorrow (2013-11-15) evening in San Francisco by Edward Lee, author of The Fight for the Future: How People Defeated Hollywood and Saved the Internet–For Now (pdf).

I can’t attend, so I watched a recording of a recent talk by Lee and skimmed the book.

The book gives a narrative of the SOPA/PIPA and ACTA protests, nicely complementing Social Mobilization and the Networked Public Sphere: Mapping the SOPA-PIPA Debate, which does what the title says by analyzing relevant posts and links among them.

Lee in the talk and book, and the authors of the mapping report, paint a picture of a networked, distributed, and dynamic set of activists and organizations, culminating in a day of website blackouts and millions of people contacting legislators, and street protests in the case of ACTA.

The mapping report puts the protests and online activity leading up to them in the context of debate over whether the net breeds conversations that are inane and silo’d, or substantive and boundary-crossing: data point for the latter. What does this portend for social mobilization and politics in the future? Unknown: (1) state or corporate interests could figure out how to leverage social mobilization as or more effectively than public interest actors (vague categories yes), (2) the medium itself (which now, a few generations have grown up with, if we allow for “growing up” to extend beyond high school) being perceived at risk may have made these protests uniquely well positioned to mobilize via the medium, or (3) this kind of social mobilization could tilt power in a significant and long-term way.

Lots of people seem to be invested in a version of (3). They may be right, but the immediate outcome makes me sad: the perceived cutting edge of activism amounts to repeated communications optimization, i.e., spam science. Must be the civil society version of “The best minds of my generation are thinking about how to make people click ads. That sucks.” This seems eminently gameable toward (1), in addition to being ugly. We may be lucky if (2) is most true.

On the future of “internet freedoms” and social mobilization, Lee doesn’t really speculate. In the talk Q&A, lack of mass protest concerning mass surveillance is noted. The book’s closing words:

“We tried not to celebrate too much because it was just a battle. We won a battle, not the war. We’re still fighting other free trade agreements and intellectual property enforcement that affect individual rights.”

In a way, the fight for digital rights had only just begun.

Of course my standard complaint about this fight, which is decades old at least, is that it does not consist merely of a series of rearguard battles, but also altering the ecosystem. 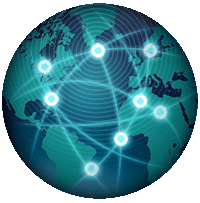