Every post and category in 2005q1 on lite fizzle mode 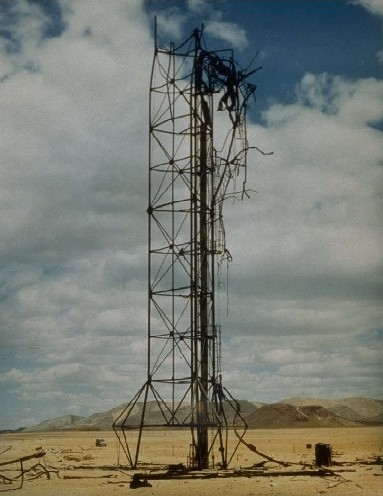 Year in Prediction Markets. None of the highlights matter 8 years later. Also see a previous refutation re what I did care about.

Infoanarchy, DRM and Celestial Jukebox. Cutesy post closes with “It is on this point [claim that strong intellectual protectionism drives economic growth] that Gates must be rebutted” but fails to offer anything. Self-rebutted.

Semantic Web Oligopsonies. One could argue that schema.org supports the post. But, schema.org adoption by sites does not seem impressive, and consumption by search engines and browsers, of near zero importance. The oligopsony trumped by that universal quality of metadata: it’s all crap!

Not following tags tries to have it n-ways but is willfully confused: “metadata as a side effect of useful work versus metadata as spammy make work.” Tagspam has utility for web publishers; it is categorization for navigation that is useless make-work: recency and search rule, metadata is crap.

A lie halfway fulfilled. Lie? Politicians can’t predict the future either. They have to protect their jurisdiction. Massive overruns in war spending are justified by even a tiny chance that barbarians sack the land, in which case all is lost! Our protectors realize that the people want defense on the cheap and have to state that it will be cheap and suffer criticism when it is not. The bravery of our leaders!

Faith. The threat of barbarian regimes that will not be lured by a good example is real and this post is in denial.

Mass Destruction of Software Patents. Though still hyped, software patents have turned out to be weapons of attrition. “WMD” is typical of delusional fear-based talk in the free/open source software space. Make and more importantly promote better software, move on.

Shallow thinking about filesharing. As Creative Destruction wrote: “I find it funny when I read technologists arguing that downloads of movies aren’t a problem because they’re slow. When do technologists talk about how technology sucks and isn’t going to improve? When the improvement of that technology hurts their public relations effort!”

Decision Markets, Quantum Computers, Blogs, Longevity mentions many things, none of which have been pertinent in the last 8 years, except perhaps in speculative fantasy, which is what the post amounts to, with references to other bloggers blogging substituting for a sorry plot.

he is HE. A class act in two parts: disrespect for recently deceased, imply posession of positive attribute of same.

Open Source and Free Software non-Reciprocal Trivia. “Only” might be inaccurate, but “trivia” is generous, so I’m not going to bother.

Technorati DeepCosmos. Fragile, confusing, useless: pick all three! Conversation doesn’t need to be presented as a tree. Heck, it doesn’t even need computers.

Bitcollider-PHP. I’m doubtful anyone successfully downloaded or completed other action from a link generated by this code, except to test that such could possibly work.

Open Source P2P: No Malware, EULA. The claim made is ridiculous in theory, supported by anecdote in a narrow domain. It’s clearly wrong today, and probably was wrong then as a practical matter for many people: though offical distributions of open source filesharing clients may not at the time have included malware, many secondary distributions did.

SemWeb not by committee. True, one can experiment without joining a committee, but it’ll be pretty useless, unless deployment is for self-consumption (in which case why impose such fragile technologies on yourself?). True, joining a committee, even paying for a committee with other oligopsonists, is not sufficient for usefulness. Basically it is imposible for upper, lower, or some other case semantic technologies to be useful, outside of some niches that none of us were or are in.

Snap Associative Decision Recall. Oh, how cool. I’m at a smarmy faux-tech conference that spent a lot of money to have an entertaining faux-intellectual flatter us.

SemWeb, AI, Java: The Ontological Parallels says “the web is one huge heterogenous data integration problem.” Fundamental misunderstanding of the web. Instead, it presents infinite data integration opportunities. Almost none of which are worth acting on, and almost none of those have anything to do with formal metadata.

H C. There does not exist a copyright license compatible with “every cell and fiber in my body on heavy sizzle mode.”

Economic Neanderthals. Trite complaint about superfluous use of word free, trite pejorative use of neanderthal. Self-refuting.