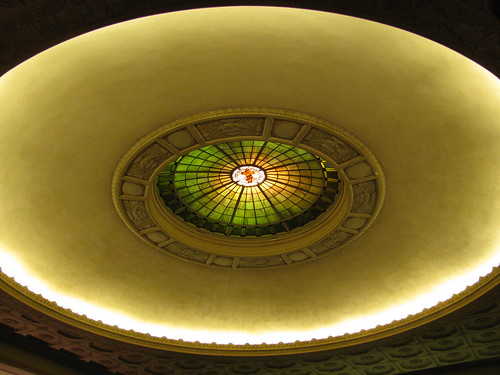 Over 2.5 years ago (2009-10-19) the Internet Archive celebrated its move into a former church (I know it’s a cheap shot, but my immediate reaction was “yay, monument to ignorance made into a monument to knowledge; more like that please (if we must have monuments)!”) and to launch BookServer. The latter was described as “like the web, but for books” illustrated with a slide featuring a cloud in the middle surrounded by icons representing various devices and actors (see the same or similar image at the previous link). I was somewhat perplexed — if a less credible entity had described their project as “like the web, but for Foo” as illustrated by a picture of a cloud labeled “FooServer”, by bullshit alarm would’ve been going crazy.

For the remainder of the event a parade of people associated in some way with books endorsed the project on stage. I only remember a few of them. One was Adam Hyde, who recently drafted a book called A Webpage is a Book. Somewhere in the middle of this parade someone stood out — tall and slick, salesperson slick — and gave a spiel about how Adobe was excited about BookServer and using technology to maximize getting content to consumers. In any case, it was obvious from what the Adobe person said that BookServer, whatever it was, would be using DRM. I nearly fell out of my seat, but I don’t think anyone else noticed — everyone just clapped, same as for all other endorsers — and the crowd was filled with people who ought to have understood and been alarmed.

Over the past couple years I occasionally wondered what became of BookServer and its use of DRM, but was reminded to look by Mako Hill’s post in March concerning how it often isn’t made clear whether a particular offer is made with DRM. I didn’t see anything on the Internet Archive site, but a few days ago Peter Brantley’s writeup of a Digital Public Library of America meeting included:

Kahle announced his desire to broaden access to 20th Century literature, much of it still in copyright, by digitizing library collections and making them available for a 1-copy/1-user borrowing system, such as that provided by the Internet Archive’s Open Library, in concert with State libraries.

Right, OpenLibrary in addition to book metadata (“one web page for every book”; do we obtain recursion if we take Hyde literally? a mere curiosity, as we probably shouldn’t) now offers downloading, reading, and borrowing in various combinations for some books. Downloading includes the obvious formats. Reading is via the excellent web-based Internet Archive BookReader, and is available for books that may be downloaded as well as a borrowing option. In the borrowing case, only one person at a time may read a particular book on the OpenLibrary site. The other digital borrowing option is where DRM comes in — Adobe Digital Editions is required. (This is for books that can be borrowed via OpenLibrary; some may be borrowed digitally from traditional libraries via OverDrive, which probably also uses DRM.)

This and screens leading up to this are clear to me, but I don’t know about most people. That there’s DRM involved is just not deemed to be pertinent; some particular software is needed, that’s all. For myself, the biggest improvement not involving a big policy change would be to split up the current “Show only eBooks” search option. Maybe “Show only downloadable eBooks”. 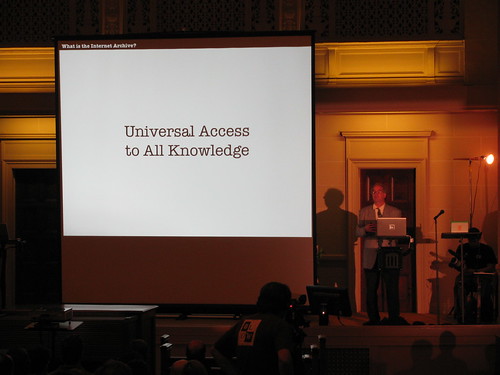 OpenLibrary is looking to expand its ebook “lending” offerings according to a post made just two days ago, We want to buy your books! Internet Archive Letter to Publishers:

We currently buy, lend, and preserve eBooks from publishers and booksellers, but we have not found many eBooks for sale at any price. The Internet Archive is running standard protection systems to lend eBooks from our servers through our websites, openlibrary.org and archive.org. In this way, we strive to provide a seamless experience for our library patrons that replicates a traditional library check-out model, but now with eReaders and searching.

By buying eBooks from you, we hope to continue the productive relationship between libraries and publishers. By respecting the rights and responsibilities that have evolved in the physical era, we believe we will all know how to act: one patron at a time, restrictions on copying, re-format for enduring access, and long term preservation.

Rather than begging to buy books with restrictions, I’d prefer the Internet Archive, and indeed everyone, to demand books without restrictions, software or legal (of course they’re mixed given current malgovernance — anticircumvention laws). But that’s a different strategy, possibly requiring a lower discount rate. I can appreciate the Internet Archive’s dedication to being a library, and getting its patrons — everyone — access to knowledge, right now.

Still, it would be nice if libraries were to participate (even more, I know many librarians do) in anti-DRM activism, such as a Day Against DRM, which is today. Also see my Day Against DRM post from last year.

Speaking of different strategies, Creative Commons licenses so far include a regulatory clause prohibiting distribution with DRM. Some people have been dissatisfied with this clause since the beginning, and it is again being debated for version 4.0 of the licenses. I still don’t think the effectiveness (in promoting the desired outcome, a more free world; enforcement, enforceability, etc, all ought be subsidiary) of the options has really been discussed, though I did try:

I suspect that anyone who has or will bother to participate in discussions about CC and DRM is a bitter opponent of DRM (I can say this with certainty about most of the participants so far). My guess is that the disagreement comes from not one or other set of people hating or misunderstanding freedom or accepting DRM, but from different estimations of the outcomes of different strategies.

Keeping or strengthening the DRM prohibition fights DRM by putting DRM-using platforms at a disadvantage (probably not significant now, but could become substantial if more CC-licensed works become culturally central and significant enforcement efforts commence) and by putting CC’s reputation unambiguously against DRM, making the license an expression of the world we aspire to live in, and giving policy advocates a talking point against mandating DRM anywhere (“it breaks this massive pool of content”).

Weakening through parallel distribution or removing altogether the DRM prohibition fights DRM indirectly, by removing a barrier (probably small now, given widespread non-compliance) to CC-licensed works becoming culturally central (ie popular) and thus putting DRM-using platforms at a disadvantage – the defect being useless to gain access to content, thus being merely a defect.

Personally, I find the second more compelling, but I admit it is simply the sort of story that usually appeals to me. Also, I find it congruent with the conventional wisdom a broad “we” tell to people who just don’t get it, supposedly: obscurity is a bigger threat than piracy. But I don’t expect anyone to change their minds as a result. Especially since this is in concept more or less what Evan Prodromou was saying in 2006 http://evan.prodromou.name/Free_content_and_DRM :-)

I do think that expression is important, and whatever gets baked into 4.0, CC could do more in a couple ways:

1. Communicate the DRM prohibition especially on license deeds (where applicable, at least in < =3.0); suggested by Luis Villa in http://lists.ibiblio.org/pipermail/cc-licenses/2012-January/006663.html 2. Make anti-DRM advocacy a bigger part of CC's overall message; a bit at http://creativecommons.org/tag/drm but IIRC something like Day Against DRM has never been featured on the home page.

Day Against DRM is featured on the CC home page today.