The moderator was by far the best performer. Watch above, or read his introduction and audience voting instructions.

The pro side’s opening statement was funny, involving the definition of “stifle”, freedom as the oxygen of innovation, and innovation occurring within the iron lungs of large corporations, due to the patent system. Otherwise they stuck to a narrow argument: the current U.S. patent system is beset by trolls (Sydell was a reporter for When Patents Attack and II) and lawsuits and some would-be inventors do give up after realizing they are in a heavily patented field, ergo, the U.S. patent system stifles innovation.

The con side often seemed to make contradictory arguments that didn’t support their side. At one point the moderator interrupted to ask if they were really making a claim they seemed to be; nobody was phased, though I could swear at various points the pro side was looking incredulously at the con side (the recording is at the wrong angle to really see). But their fundamental argument was that there’s lots of innovation happening, patents and IP generally are American as apple pie, and trolls, while bad, aren’t a big deal for companies like Apple with many billions of dollars, ergo, the U.S. patent system does not stifle innovation.

The audience voted for the con side.

In my previous post noting that this debate was coming up, I concluded with “I hope they also consider equality and freedom.” They did a bit with regard to innovators — “freedom to innovate” and how “small” and “large” innovators fare in the system. But I had in mind expanding the discourse to include the effects of innovation policy on the freedom and equality of all humans.

“Patent” and “stifle” were expertly and humorously defined by Goldman and Kelty, but “innovation” remained undefined. The closest the debate came to exploring the contours of what innovation means, or ought mean, may have been in points made about the triviality of some patents, and the contrast between “small” and “large” innovators. Is innovation ‘done in a fashion that has served to maximize the patent encumbrances’ so it can be controlled by Apple, Microsoft, IBM, Monsanto, et al, the innovation we want?

Both the pro and con sides seemed to dislike patent trolls (while disagreeing on their importance). I wonder if any of the participants (particularly the con side) will endorse, or better yet, sign up for the Defensive Patent License (my discussion)? Or any of the other reforms reviewed by Goldman in Fixing Software Patents?

The debate was part of ZERO1 Garage’s Patent Pending exhibition, open through December 20. Each of the exhibited works is somehow related to a patent held or filed for by the artist.

One patent related to a work is pending, thus the work required an NDA for viewing: 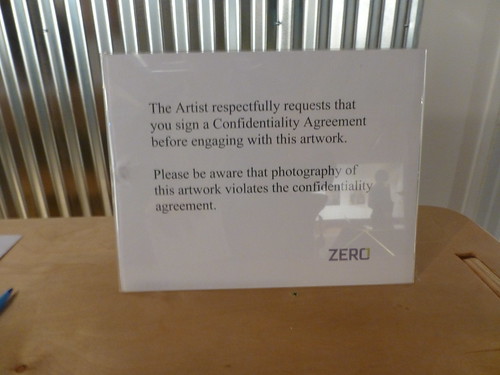 The handful of people I showed this image to were each appalled. But, in the context of the show, I have to admit it is cute. And, perhaps unintended, a critique of patent theory — which claims that patents encourage revelation.

Each of the pieces is interesting to experience. I particularly enjoyed the sounds made and shadows cast by (con side debater) Snibbe’s fan work (controlled by blowing through a smaller fan): 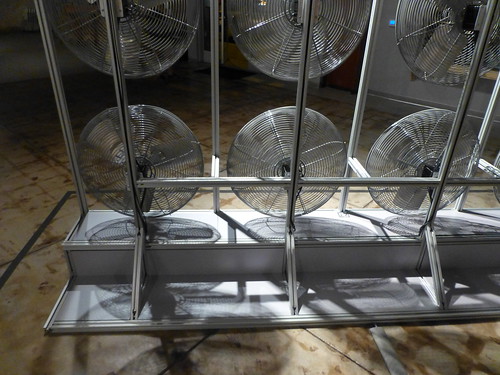 My only disappointment from the exhibition is that there wasn’t a touching sample of these bricks, apparently made in part from fungus: 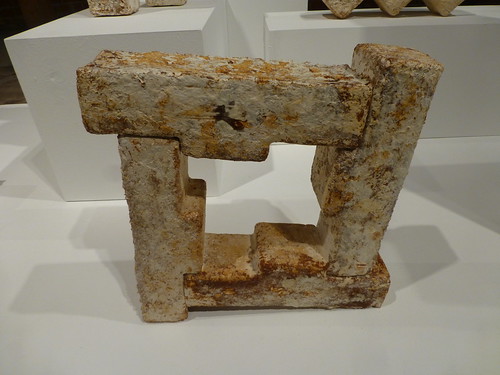 Bonus link: Discussions On The Abolition Of Patents In The UK, France, Germany And The Netherlands, From 1869. As I’ve mentioned before, these debates are nothing new, though it’s popular even for “reformers” to claim that current innovation policy is somehow mismatched with the “digital age”. The only difference between old and current debates is that the public interest is far more buried in the current ones.