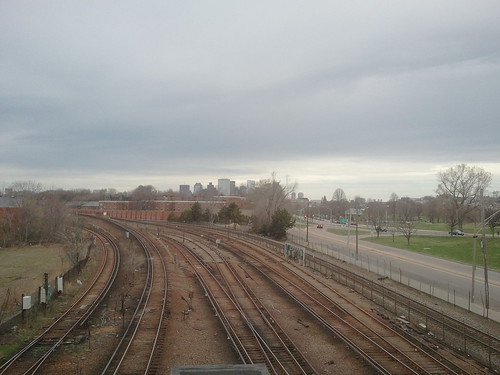 A couple weeks ago I attended the Free Software Foundation’s annual conference, Libre Planet, held at UMass Boston a bit south of downtown. I enjoyed the event considerably, but can only give brief impressions of some of the sessions I saw.

John Sullivan, Matt Lee, Josh Gay started with a welcome and talk about some recent FSF campaigns. I think Sullivan said they exceeded their 2011 membership goal, which is great. Join. (But if I keep to my refutation schedule, I’m due to tell you why you shouldn’t join in less than 5 years.)

Rubén Rodríguez spoke about Trisquel, a distribution that removes non-free software and recommendations from Ubuntu (lagging those releases by about 5 months) and makes other changes its developers consider user-friendly, such as running GNOME 3 in fallback mode and some Web (an IceWeasel-like de-branded Firefox) privacy settings. I also saw a lightning talk from someone associated with ThinkPenguin, which sells computers pre-loaded with Trisquel.

Asheesh Laroia spoke about running events that attract and retain newcomers. You can read about OpenHatch (the organization he runs) events or see a more specific presentation he recently gave at PyCon with Jessica McKellar. The main point of humor in the talk concerned not telling potential developers to download a custom built VM to work with your software: it will take a long time, and often not work.

Joel Izlar’s talk was titled Digital Justice: How Technology and Free Software Can Build Communities and Help Close the Digital Divide about his work with Free IT Athens.

Alison Chaiken gave the most important talk of the conference, Why Cars need Free Software. I was impressed by how many manufacturers are using at least some free software in vehicles and distressed by the state of automotive security and proprietary vendors pitching security through obscurity. Like , get Chaiken in front of as many people as possible.

Brett Smith gave an update on the FSF GPL compliance Lab, including mentioning MPL 2.0 and potential CC-BY-SA 4.0 compatibility with GPLv3 (both of which I’ve blogged about before), but the most interesting part of the talk concerned his participation in Trans-Pacific Partnership Stakeholder Forums; it sounded like software freedom concerns got a more welcome reception than expected.

Deb Nicholson gave a great, funny presentation on Community Organizing for Free Software Activists. If the topic weren’t free software, Nicholson could make a lot of money as a motivational speaker.

Evan Prodromou spoke on the Decentralized Social Web, using slides the same or very similar to his SXSW deck, which is well worth flipping through.

Chris Webber and I spoke about Creative Commons 4.0 licenses and free software/free culture cooperation. You can view our picture-only slides (odp; pdf; slideshare) but a recent interview with me and post about recent developments in MediaGoblin (Webber’s project) would be more informative and cover similar ground. We also pre-announced an exciting project that Webber will spam the world about tomorrow and sort of reciprocated for an award FSF granted Creative Commons three years ago — the GNU project won the Free Software Project for the Advancement of Free Culture Social Benefit Award 0, including the amount of 100BTC, which John Sullivan said would be used for the aforementioned exciting project.

Yukihiro ‘matz’ Matsumoto spoke on how Emacs changed his life, including introducing him to programming, free software, and influencing the design of Ruby.

Matthew Garrett spoke on Preserving user freedoms in the 21st century. Perhaps the most memorable observation he made concerned how much user modification of software occurs without adequate freedom (making the modifications painful), citing CyanogenMod.

I mostly missed the final presentations in order to catch up with people I wouldn’t have been able to otherwise, but note that Matsumoto won the annual Advancement of Free Software award, and GNU Health the Free Software Award for Projects of Social Benefit. Happy hacking!