Today is the 11th anniversary of the launch of the first version of the first 11 Creative Commons licenses. Depending how one counts, there are now as few as 0, though 6 is probably the conventional answer (only current international versions of ones that were among the original 11), or as many as 608 (all versions, jurisdiction ports, retired licenses, and public domain instruments).

If 2002-12-16 is a significant marker, I’d like to take a look at what preceded it, very nearby — other public copyright licenses, public domain dedications, and ad hoc sharing statements. Eventually I hope to take a more in-depth look at all of these, and moreso I hope others do research around them.

Prior to the 1980s, such statements are very scattered. Has anyone pieced together commonalities and differences of pro-info-sharing statements through history? Examples…

In 868 the Diamond Sutra included:

Reverently [caused to be] made for universal free distribution by Wang Jie on behalf of his two parents on the 13th of the 4th moon of the 9th year of Xiantong.

1869 Recent Discussions on the Abolition of Patents for Inventions, setting a standard that modern books on advocating reform (inclusive of abolition) fail to meet:

No rights are reserved

1910 the English translation of Gandhi’s Indian Home Rule was printed with the words No Rights Reserved on the title page.

1967 the copyright notice of All Watched Over by Machines of Loving Grace included:

Permission is granted to reprint any of these poems in magazines, books and newspapers if they are given away free.

“Alternative publications may reproduce freely provided acknowledgement is made.”

I believe many statements along such lines were published, especially in the last century, but again, as far as I know, nobody has ever thoroughly investigated. I’m very interested, in part because I have a hunch what might be characterized as “information commons” have been malgoverned for the entirety of human history. Why did pro-sharing statements, in the form of public copyright licenses, only become regularized, widespread, and thought by some as creating and protecting commons, in the 1980s, starting with software?

The easy answer is that software had just become clearly restricted by copyright, and programmers have a more immediately compelling need to collaborate across organizational boundaries in a way that implicates copyright restrictions than do others. Still, one may question just how different paths would need to have been for explicit pro-sharing practices to have developed in other domains first, even pre-computer, and how the norms of such practices might have differed. I’ve speculated, very briefly that it’s plausible order could’ve been different, and essentially software freedom norms are a “sweet spot” that would’ve been arrived at anyway. Much more could be said about that, and also about whether and how the explicit pro-sharing practices I’ve recognized as such in this post have crowded out or complemented other pro-sharing practices.

In any case, in the 5 years prior to the launch of the first 11 Creative Commons licenses, there was a proliferation of interest in public copyright licenses for various forms of non-software works (including hardware designs, which took longer to capture much interest, and I won’t cover here). An incomplete list of such licenses released 1998-2002:

Many of these licenses are non-free/open, and nearly all are incompatible with all the rest. These problems preceded Creative Commons. Whether in the past 10 years Creative Commons has on net made these problems better or worse (or merely not better fast enough) is hard to say. One curiosity about these pre-CC licenses is that the only ones remaining in any kind of significant use (Free Art License and Free Documentation License) are free/open, copyleft licenses.

Near certainty of large adoption of public licenses and public domain dedications outside software also preceded CC. The effect one can be most certain of attributing to CC is of killing adoption of the few of these licenses that had any plausibility, and of the development of further non-CC licenses, for awhile. Whether a dominant central license steward was net positive, is hard to say. It’s easy to see some marketing benefits, and some innovation costs, and vice versa.

Some public licenses created for software, mostly the GNU GPL, and BSD licenses, were used for some non-software works before the explosion of non-software public licenses (of which CC was part). An open question is whether this explosion was a good thing at all, or rather a failure on the part of free software license pioneers to occupy a broader space, and create a broader-based, less fragmented movement for intellectual freedom…the part facilitated by public licenses that is.

It’s also possible that free software started with the wrong arrangement in the form of public licenses, and others, including what became CC, ought have tried something different, for example clubs/pools, or skipping voluntary methods altogether. (Many people have focused on one or more of direct action, litigation, and public policy. I tend to think there’s far too little appreciation and collaboration across these methods and voluntary construction, resulting in a further fragmented, scared, and weak movement.)

I didn’t publish a year ago because I’d intended to add sections on the “CC era” of the past 10, now 11 years, and the future. My recent extended quasi-review of CC 4.0 licenses will have to suffice. Now… 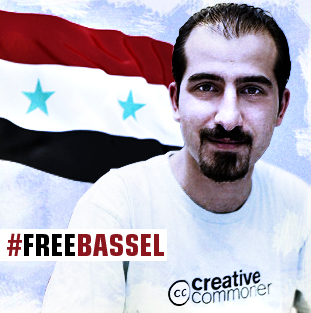