I’m a huge fan of Mozilla and think their work translates directly into more human rights and equality. So like many other people, I find it pretty disturbing that their new CEO, Brendan Eich, donated US$1000 in support of banning same sex marriage. True, this is scrutiny beyond which most organizations’ leaders would receive, and Mozilla in deed seems to have excellent support for LGBT employees, endorsed by Eich, and works to make all welcome in the Mozilla community. But I think Evan Prodromou put it well:

If you lead an organization dedicated to human rights, you need to be a defender of human rights.

Maybe Eich will change his mind. Perhaps he believes an ancient text attributed to an ultra powerful being commands him to oppose same sex marriage. Believers have come around to support all kinds of liberal values and practices in spite of such texts. Perhaps he considers marriage an illegitimate institution and would prefer equality arrive through resetting marriage to civil unions for all, or something more radical. I can comprehend this position, but it isn’t happening this generation, and is no excuse for delaying what equality can be gained now. 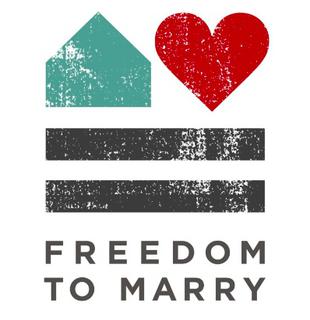 In the meantime one thing that Mozilla supporters might do to counter Eich’s support for banning same sex marriage, short of demanding he step down (my suspicion is that apart from this he’s the best person for the job; given what the mobile industry is, someone from there would likely be a threat to the Mozilla mission) is to “match” it in kind, with counter-donations to organizations supporting equal rights for LGBT people.

Freedom to Marry seems to be the most directly counter to Eich’s donation, so that’s what I donated to. The Human Rights Campaign is probably the largest organization. There are many more in the U.S. and around the world. Perhaps Eich could counter his own donation with one to an organization working on more basic rights where homosexuality is criminalized (of course once that is taken care of, they’ll demand the right to marry too).

Other Mozilla-related notes that I may otherwise never get around to blogging:

I’m going to continue to use Firefox as my main browser, I’ll probably get a FirefoxOS phone soon, and I hope Mozilla makes billions with ads in new tabs. As I wrote this post Mozilla announced it supports marriage equality as an organization (even if the CEO doesn’t). Still, make your counter-donation.